Close your eyes and think of the most beautiful place on earth, and almost, as if by instinct, you think of endless beaches, bathed in warm sunlight under cloudless skies, with the sweet strains of melody playing in the distance, welcoming you to a tropical paradise. The turquoise water laps at the golden beach, as coconut trees swaying in the sweet-salty zephyrs greet the boats, their sails flapping in the ocean breeze as they near the shore. Despite their beauty, these are rugged islands, formed from still-active volcanoes. Everywhere you look there is casual, sensual beauty: In a nearby field, a thousand colorful flowers are blooming; a girl in a straw skirt dances cheerfully a native hula. This is the paradise that people from around the world have been told to dream of: far away, in the middle of the Pacific Ocean, the Hawaiian Islands.

The thirteen songs included on this album were hand selected by Rhymoi’s producer Ye Yuchuan, from the classics of traditional Hawaiian and Hapa haole music dating from the late 19th century to the middle of the 20th century. It is the story of the Hawaiian Islands in sound, a musical memory that blends native Hawaiian and American popular cultures. Joining Ye Yunchuan on this project is Dave Way, a four-time Grammy award-winning sound engineer. Dave, a legend in the recording industry, has worked with artists such as Michael Jackson, Whitney Houston, and many others. Together the two men assembled a group of veteran U.S. Hawaiian musicians, who brought with them dozens of priceless antique guitars of various shapes and sounds, as well as other vintage instruments. And finally, the sweet, intoxicating voice of Asian-Polynesian singer Tavita Te’o. This extraordinary team delivered utterly authentic performances of Golden Age of Hawaiian song in full glorious retro- nostalgic sound!

Yunchuan Ye, Producer, composer, arranger, graphic designer, Grammy® member, and the founder of one of China’s most prestigious audiophile recording labels, Rhymoi Music, Ye Yunchuan is further distinguished as the first Full Voting Member of the American Grammy Awards (The National Academy for Recording Arts and Science – NARAS) representing the Chinese music industry. He is, without any question, one of the rising stars in China’s growing music industry. Prior to his current activities, Ye established an international reputation, as a composer and producer, being awarded one hundred and fifty times including several American Independent Music Awards, Chinese Golden Album Awards, numerous rave reviews in CD Bible (China) in addition to being included on China City Radio Association’s “Ten Hottest Albums” roundup. Years of cooperation with international music production and publication circles has provided him with a truly global perspective. As founder of his own recording label, Rhymoi Music, he is committed to establishing new standards of excellence for recorded music in China. Rhymoi Music recordings are immediately identifiable – with their innovative approaches to programming, world-class musical and artistic standards, beauty of presentation and packaging, cultural relevance, and their conscious desire to introduce the treasures of Chinese music to an international audience – Rhymoi Music is without peer. With his deep commitment to the traditions and national music of his homeland, Ye Yunchuan is committed to building new and ever more creative and beautiful bridges between the musical heritage of China and the musical traditions of the world. Ye Yunchuan continues to realize his vision with each new recording.

Dave Way is a 4 time Grammy® award winning producer/engineer and mixer and has worked with dozens of legendary, platinum selling artists including Fiona Apple, Michael Jackson, Sheryl Crow, Ringo Starr, Gwen Stefani, Whitney Houston, Shakira, Macy Gray, Christina Aguilera, Foo Fighters, Eric Clapton, Weird Al Yankovic, Ziggy Marley, TLC and many, many more. A graduate of Berklee College of Music, Mr. Way is based in Los Angeles where he owned The Pass Studios and currently owns Waystation Studios. Mr. Way began his studio career in NYC where he was an integral component to the “New Jack Swing” sounds pioneered by producer Teddy Riley. Mr. Way also co-wrote several songs with Mr. Riley including the No. 1 single I Like The Way (The Kissing Game) by High Five. Mr. Way also mixes for film and TV including the FX series Sons of Anarchy and the 2019 music documentary Echo In The Canyon. With more than 30 years experience in the studio, Mr. Way is grateful to continue to follow his passion and cultivate new sounds and create new music. 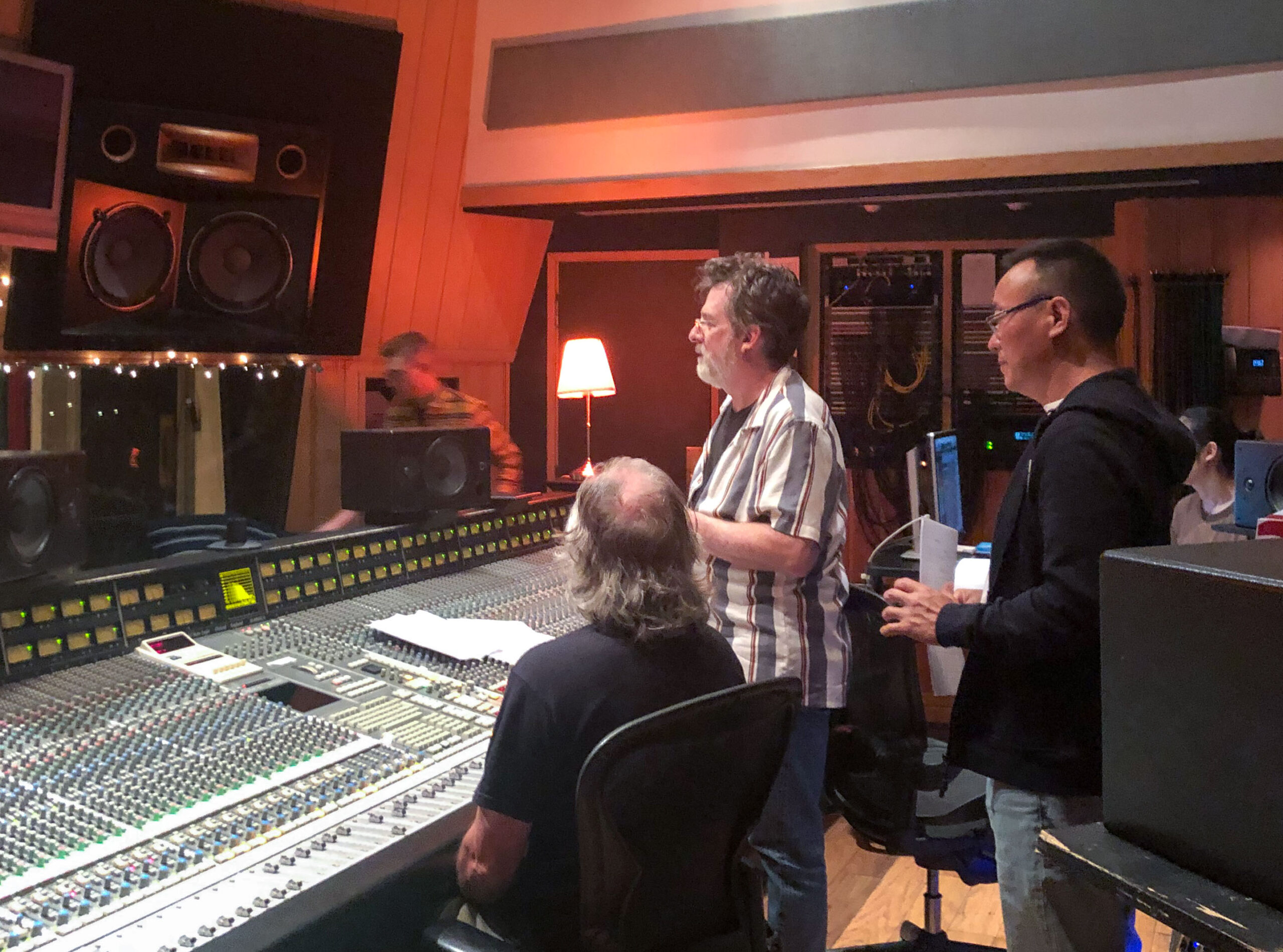 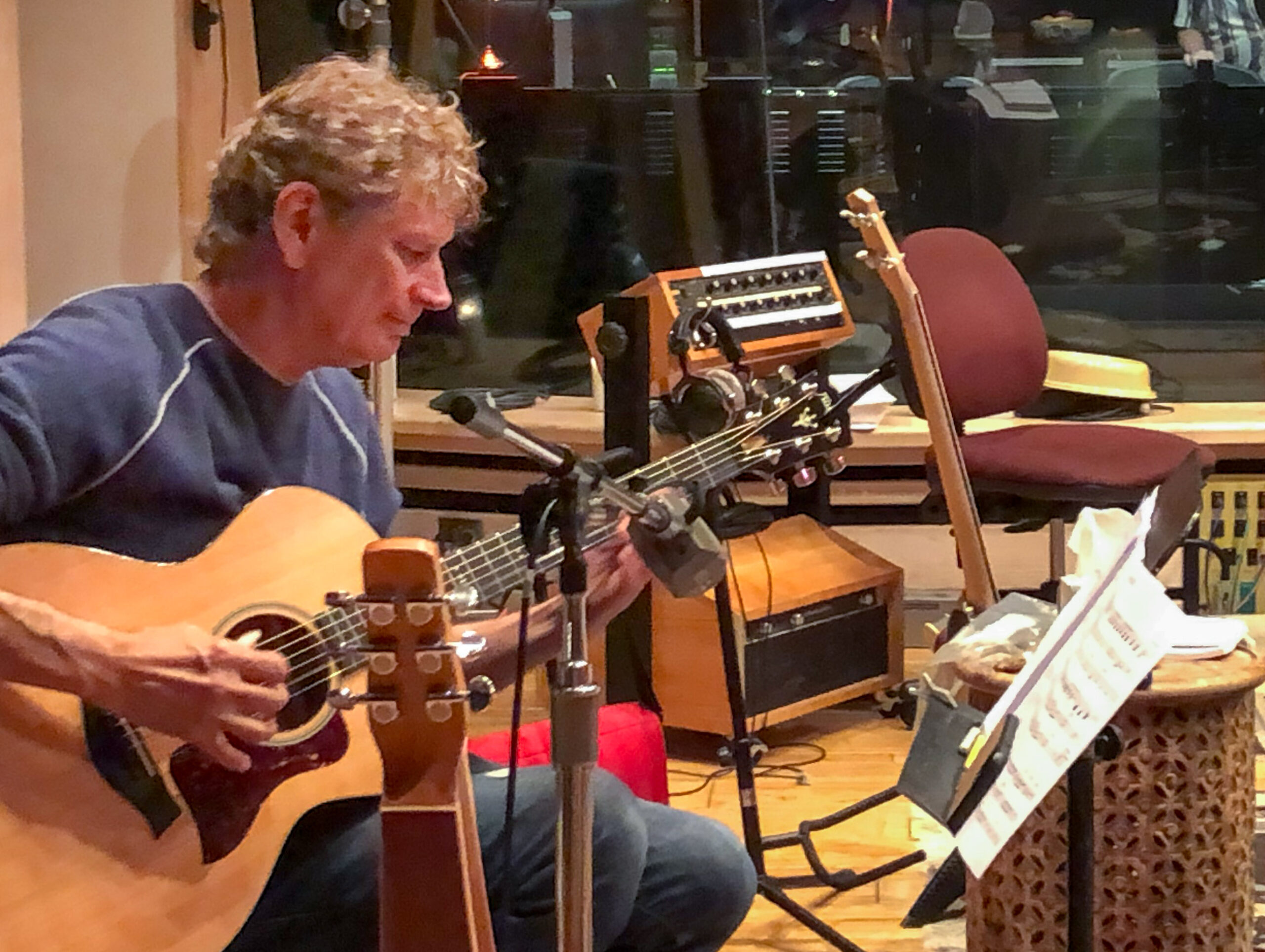 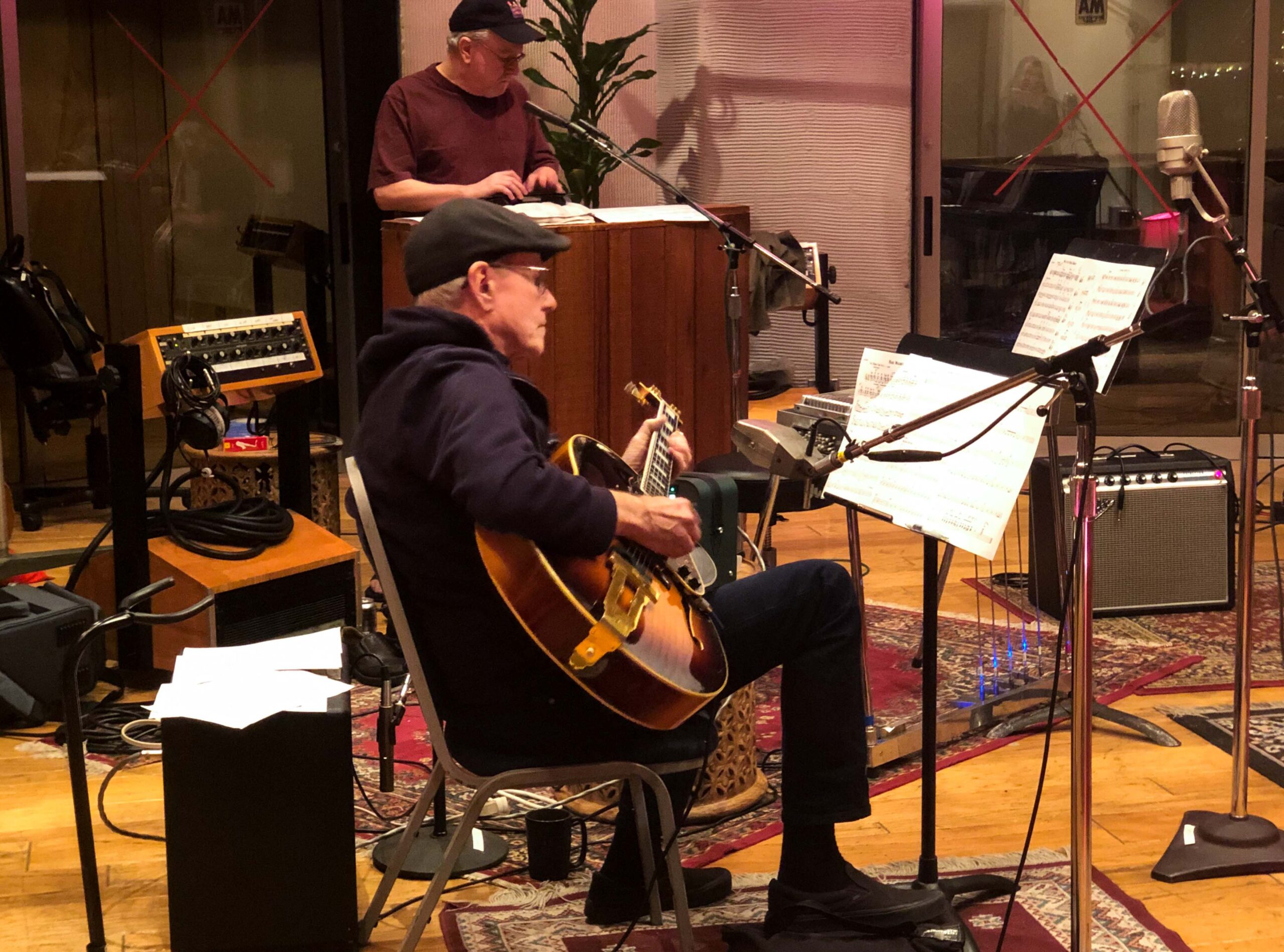 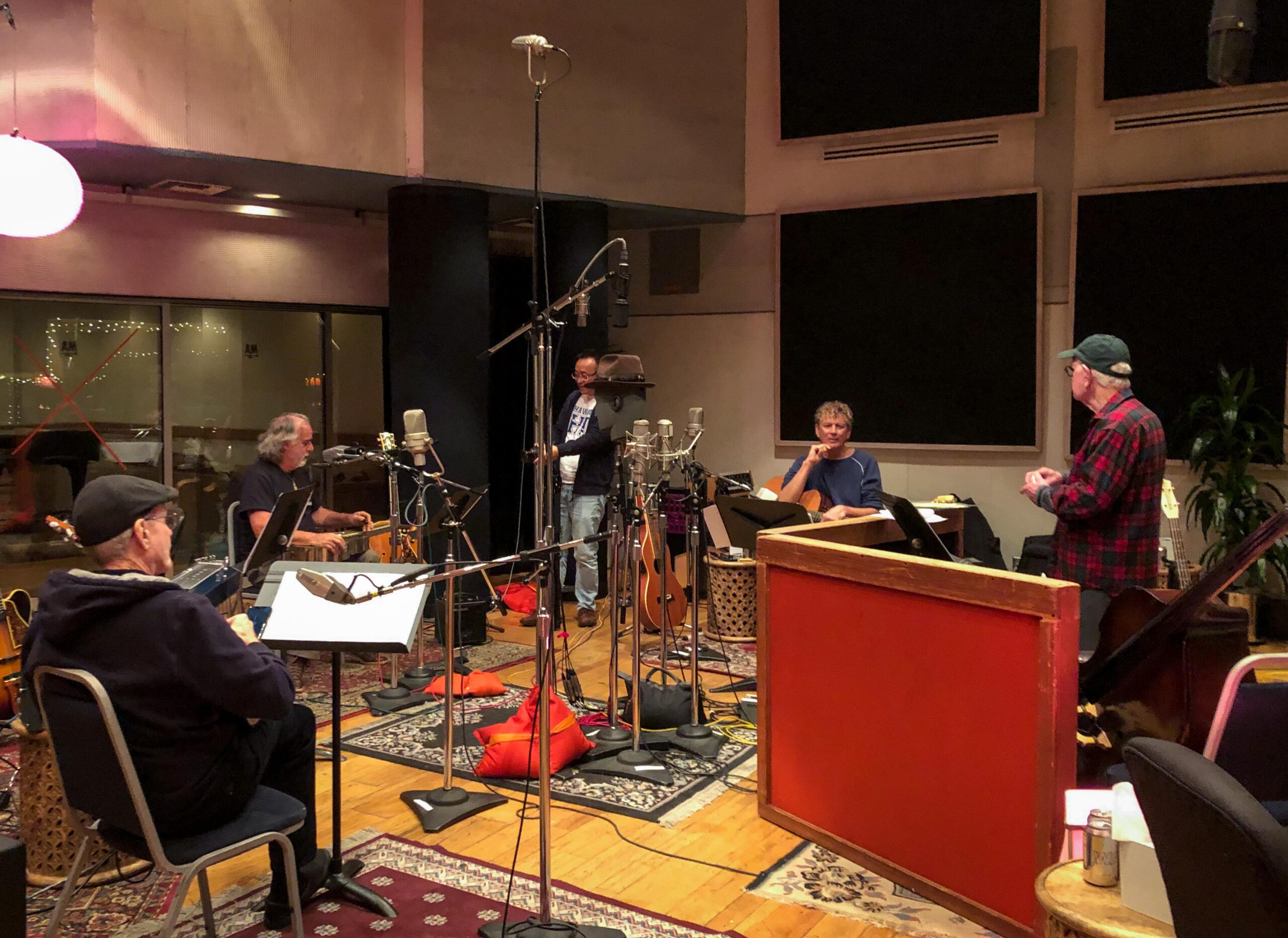 Music has always played a central role within the Native Hawaiian culture. From the beginning, the mele or chant was the musical means for Native Hawaiians to pass on their stories of their gods and traditions. When the voyagers from the western lands arrived in the 19th century, a new era of multi-ethnic communication began, combining American and European musical instruments, song forms and harmony with the rich Polynesian aboriginal singing culture. The most characteristic instruments identified with Hawaiian music are the ukulele and slack-key guitar, both of which were introduced by the Portuguese, but topping the list must rank the Hawaiian Steel Guitar. Developed in Hawaii by Joseph Kekuku in the late 19th and early 20th centuries, the Hawaiian Steel Guitar was played horizontally on the lap, with a bar or slide called a steel (generally made of metal, but also of glass or other materials) allowing the player to play wide sweeps and slides across the entire range of the instrument.

The popularization of Hawaiian music around the world began in the last quarter of the 19th century, mainly through the publishing of many of the songs of Queen Liliʻuokalani in the United States – Aloha ʻOe (Farewell to Thee) was her most famous song. The popularity of this island music brought about a new type of musical fusion called hapa haole, literally, “half-foreign.” Soon, the whole country was swaying to hapa haole tunes, some with made-up “Hawaiian” words by Tin Pan Alley songwriters. In time, many viewed hapa haole music as inauthentic, a tool of the tourism industry, but after the Hawaiian Renaissance of the 1970s brought the language indigenous back to life, hapa haole music experienced its own revival and today is recognized for allowing Hawai‘i’s music and composers to flourish even when the language seemed lost.

It is Ye Yunchuan’s hope that these joyful songs can transport listeners to experience the beauty of these tropical islands, and appreciate the openness and tolerance of the multi-ethnic Hawaiian society that inspired this music to be created. With an open heart and a simple and optimistic attitude towards life, this is music that invites all of us to sit back and enjoy a carefree musical holiday.

Aloha is a greeting filled with warmth and kindness. A single word, yet expressing many sentences full of affection. Aloha is an essence of being: it is love, peace, compassion, and a mutual understanding of respect. Aloha means living in harmony with the people and land around you with mercy, sympathy, grace, and kindness.