2 in stock (can be backordered)

Caravan II is the new album by Julian Schneemann and Friends from Just Listen. It features 11 compositions that travel through the worlds of classical, jazz and folk music. With 3 special singers with roots in Syria, Namibia, and India.
The album connects worlds from East to West and from classical music to jazz and folk. Together with the Syrian oud virtuoso Jawa Manla, violin phenomenon Emmy Storms and percussion wizard Jeroen Batterink, pianist/composer Julian Schneemann sets out on a journey, ignoring borders altogether. Expect a breathtaking musical experience, in which you will hear Arabic and Irish sounds, organically blended with European classical music and jazz. And with all these influences, in the end Caravan tells a single story, as if it were an appeal for the power of diversity.
For Caravan II, we are joined by three amazing singers. Madhu Lalbahadoersing has Indian-Surinamese roots, Shishani Vranckx Namibian and Wasim Arslan Syrian. They each have a totally different background and voice, but all three possess a great musicality and the ability to take you to their own, other world. Together with them, I worked on new music. The big challenge here was: how do you give each of us the opportunity to be him or herself, while at the same time bringing the group together as one?
On the album, all three singers have their own song, but in later tracks they come together more and more. Lyrics were written by them, in Hindi, Oshiwambo and Arabic, and the collaboration inspired me to write music that I would never have written without their influence. For all of us, this was a unique and enriching experience and I think the album is at least a beautiful document of our quest together!
The album was recorded live with an audience because for us, it was more important to record the energy of the music than to strive for perfection. You can hear all our beauty but also our vulnerabilities, also because of the amazing work by recording engineer Jared Sacks. The thing we tried in our music, he did with sound: by carefully placing us and the microphones in the room, he created space for all our sounds and colors to not be in each other’s way, but instead support each other.
Travel with us in ‘Caravan II’!
— Julian Schneemann

Be the first to review “Caravan II” Cancel reply 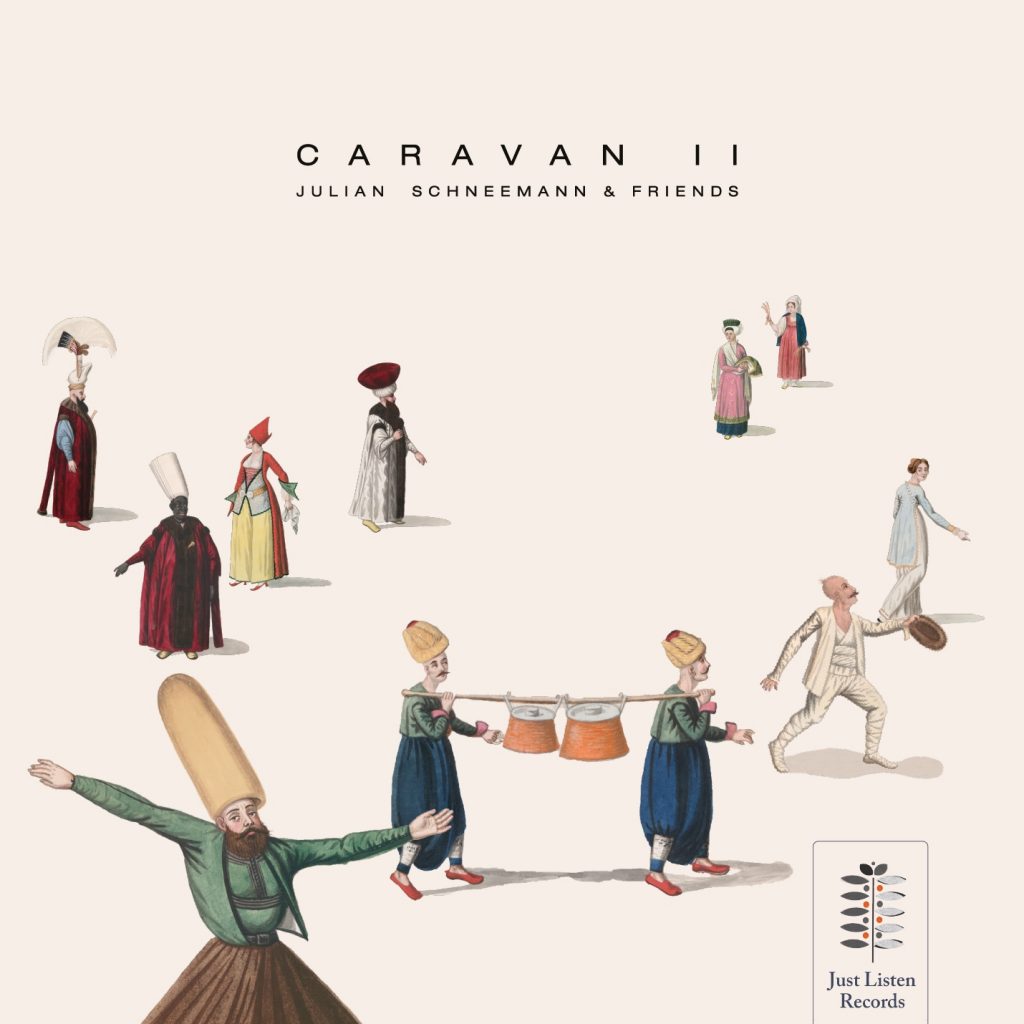